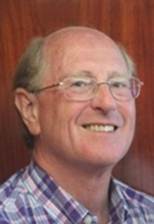 Chris Daykin was head of the UK Government Actuary’s Department from 1989 to 2007.  He qualified as a Fellow of the Institute of Actuaries in 1973.  He was President of the Institute of Actuaries 1994-1996, Chairman of the IFAA 1996-1997 and Chairman of the Actuarial Association of Europe 2010-2011.  He now chairs the AAE’s Social Security Subcommittee.  He was Chairman of the PBSS Section of the IAA 2004-2012 and he is Chief Executive of the IAA Fund.  Following retirement from GAD he acts as a consultant on personal injury damages and is a trustee of several pension plans, including the multi-employer trust NOW: Pensions.  In 2014 he was awarded the Medal of the IAA and the IACA Max Lander Lifetime Achievement Award.

Back to desktop versionBack to mobile version