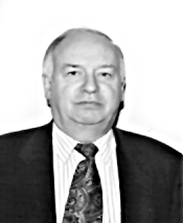 For over forty years, Mr. Guérard has been actively involved in the areas of actuarial services, life & health insurance, pension, employee benefits, social security programs, assets/liabilities management, risk management and information systems for various clients in the private, public and para public sectors. He was member of the team that designed the Quebec Pension Plan that served as model for the Canada Pension Plan and performed in 1965, the first actuarial valuation of the QPP. He served as advisor to the MOF in Canada for the revision of the Pension Standards Benefits Act in 1986-87, the revision of the relevant Tax Legislation from 1986 to 1991 and the analysis of reform options for the CPP in 1995-96.. He was also advisor in 1994-95 to the Office of the Auditor general of Canada with regards to the statutory valuation of the CPP in 1993, to the performance review of various pension and social security programs in 1994-95, and the performance review of the Office of the Superintendent of Financial Institutions in 1995-96.

He has done work in Bolivia for the Reform of the Social Security System through the creation of a mandatory defined contribution program administered by AFPs, in China for the implementation of the Social Security Reform as per the State Council Decision 26 of July 1997 and in Korea (South) in the areas of pension, social security, insurance, actuarial training. In addition to Canada and the above-mentioned countries, he has provided consulting services in Cook Islands, Federation of Bosnia and Herzegovina and Republika Srpska, Hungary, Kenya, Pakistan, Singapore, Sri Lanka, Venezuela and Vietnam. From 1996 to 2001, he was Project Director for FISEK, a CIDA funded Technical Assistance Project in cooperation with the Ministry of Finance in Indonesia  focused on strengthening the non-bank financial sector, pension,  insurance and social security as well as the enhancement of the professional expertise in the private sector institutions and relevant professional associations. Subsequently he served as senior expert to the team conducting the performance audit of PT Taspen, which is the pension and insurance programs covering civil servants and as expert for Good Governance review  of three major pension plans (PT Telkom, PT PLN, PT Pertamina) in relation with the OECD principles.

In 2004, he served as the senior expert in the team conducting a performance audit of PT Jamsostek, managing the basic Retirement savings, Health, Workers Compensation and Life insurance Schemes in Indonesia. In December 2004 he was appointed as member of a two-person team for a technical assistance project to the Office of the Coordinating Ministry for Economic Affairs in Indonesia funded by FIRST Initiative, to assist with the implementation of the Law adopted in September 2004 to create a National Social Security System (SJSN).  In 2005, he was retained as expert for the Pension and Insurance sectors in a World Bank project partly funded by TAMF (Australia)  to study and report on the condition and growth perspectives of the NBFI sector in Indonesia. In 2005 he was retained by PIAP, a CIDA funded Technical assistance project to conduct a 3-day Workshop on Social Security Policy in Halong, Vietnam for the Committee on Social Affairs of the National Assembly.

In  2006 he was appointed as International pension and social security expert for a World Bank project funded by FIRST Initiative on the reform of Civil Service pension and Old Age Savings schemes in Indonesia. In  2007 he was retained as expert for a Credit Insurance project for the Ministry of State-Owned-Enterprises financed by TAMF (Australia) and as Actuarial expert for a Governance Review of Defined Contribution plans for the Ministry of Finance of Indonesia. In 2008 he was a speaker at the Inauguration Ceremony of China Association of Actuaries and Risk Management International Seminar in Beijing, made presentations to the 5th Asian Conference on Pensions and Retirement Planning in Beijing and to the Seminar of the Technical Commission of Statistical, Actuarial and Financial Studies of the International Social Security Association in Cyprus.

In 2013 he was retained as consultant by ADB to assist the Ministry of Finance and the Planning Agency in the implementation of  Social Security Reform and Economic Modeling Capacity Building in Indonesia.  In June 2013 he was appointed as World Bank staff consultant in relation with the implementation of Universal Health Coverage (UHC) in the United Arab Emirates. In July 2013 he was retained by ADB as Senior Actuary Specialist for the Fiscal Aspects of Social Security Reform in Indonesia; in October 2014 this mandate was extended to May 2015. In  2014 he was appointed as World Bank staff consultant for a special health project in Indonesia.

Back to desktop versionBack to mobile version